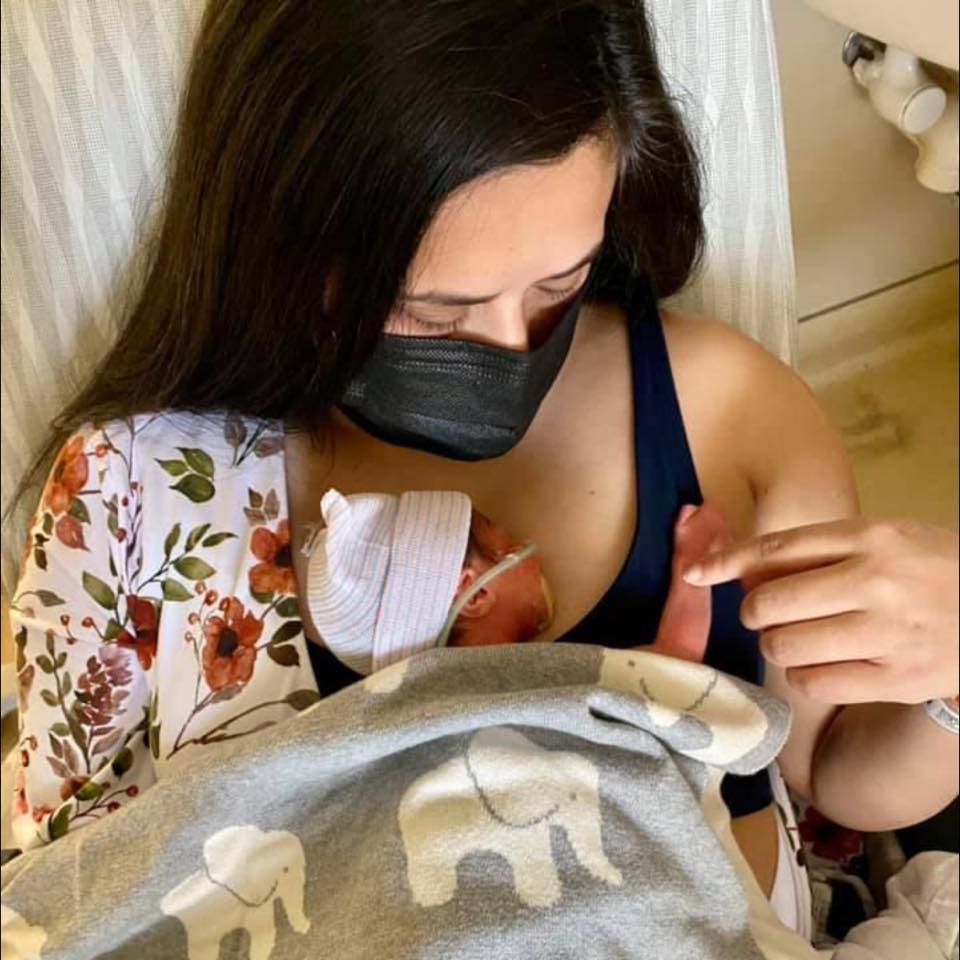 Posted at 12:38h in Uncategorized by Koshia Silver 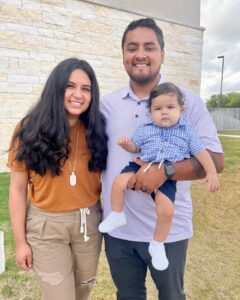 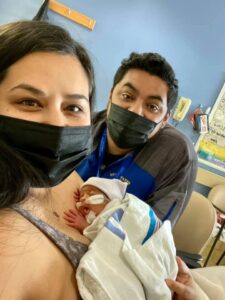 Today, Leo is doing amazing.  Upon his early arrival, he needed a little extra time and care with his medical team in the NICU. His mom and dad, Mary and Javier, were living in Stillwater when Mary found out she had a high-risk pregnancy.

“At 21 weeks pregnant, I was informed by my doctor my pregnancy was high risk. I was referred to Oklahoma Children’s Hospital and was admitted at 27 weeks pregnant. I was diagnosed with Placenta Previa and Preeclampsia with severe features. I thought I would have to live in the hospital until I was 37 weeks when I would get induced. Turns out God had other plans,” Mary said.

At 30 weeks Mary was induced due to rapid complications from her condition. After laboring for 15 hours, she was rushed into emergency surgery. The doctors realized Leo had flipped and had his umbilical cord wrapped around his neck. Leonardo joined his mom and dad on November 4, 2021, weighing 4 lbs. 3 oz. Because he arrived 10 weeks early, arrival, Leo would need to stay in the NICU through December.

“Since we lived in Stillwater we knew we would be commuting every day to Oklahoma City. During one of our first visits with Leo, a social worker informed us we qualified to stay at the Ronald McDonald House and made the arrangements for us to stay!” Mary explains.

“It was such a smooth process and everyone was so kind. I was in a wheelchair for the first week and the staff always made sure we were taken care of. They not only provided a place for us to stay, but they provided a pantry full of food, weekly meals, and companionship. Each employee genuinely cared about our family and Leo and it was a good feeling knowing we could talk to any of them about what was going on. It was also nice to be surrounded by other families experiencing the same things. We were all hurting in our own way, but it was nice to know that we were not alone,” she said.

After 35 days at the RMH, Leo’s family was able to take him home. He passed all of his post-NICU tests with flying colors and had gained enough weight. While mom and dad notice Leo is two months behind his peers developmentally, he’s doing well for a 30-week preemie. Leo is now 9 months old and weighs 17 lbs. He may be on the smaller side and only able to wear 3-6-month size clothing, but he’s sitting up on his own and is so close to crawling!

“We tell everyone we have no idea where we would have been without RMHC-OKC,” remarks Mary. “They helped our family because they kept us close to Leo. Without them, we would have either commuted daily from Stillwater or paid out of pocket for housing. We knew this would financially drain us so it was nice to know that housing and a few meals a week were taken care of. Not only did they help us financially, but mentally as well. Staying at RMH allowed us to separate our “normal’ life in Stillwater from the stress and chaos of having a child in the NICU.”

When asked what is one thing they wish everyone else knew about RMHC-OKC, Mary responded, “This is hard to answer. I would say I want everyone to know the amount of peace it brings to know that if you’re ever in a situation where your child needs to be hospitalized, the care and love shown by RMHC-OKC is unmatched. It’s hard to understand unless you’ve been through it, but I just want everyone to know that RMHC-OKC has your back if you ever do.”

Leo is the happiest baby and Mary and Javier are so thankful and blessed to have a healthy little guy at home with them. “He amazes us every day! My husband and I always say that RMHC-OKC is our charity for life! We will always spread the message about the great things RMHC-OKC does. They were there for us during the hardest time of our lives, we are forever grateful,” said Mary.